Cortana voice assistance is extending support in Microsoft Teams mobile apps for iOS and Android for users with their phone region set to Australia, Canada, India, and the United Kingdom. This is available in English only and is in addition to the English support in the US launched in 2020. Expansion to additional languages and regions will happen as part of future releases.

We apologize that this was not communicated ahead of time and are working to ensure we make you aware of these changes prior to starting to roll them out in the future.

Note: This is not rolling out to EDU or Government at this time.

Users within tenants that are non-EDU/GCC will see the Cortana mic when opening Teams mobile app in iOS or Android and Users can speak to Cortana by clicking on the microphone button located in the upper right of the Teams mobile app. They can connect with someone while on the go by making a voice query such as “call Megan” or “send a message to my next meeting.” Users can also join meetings by saying “join my next meeting.” Users can also share files and check their calendar. 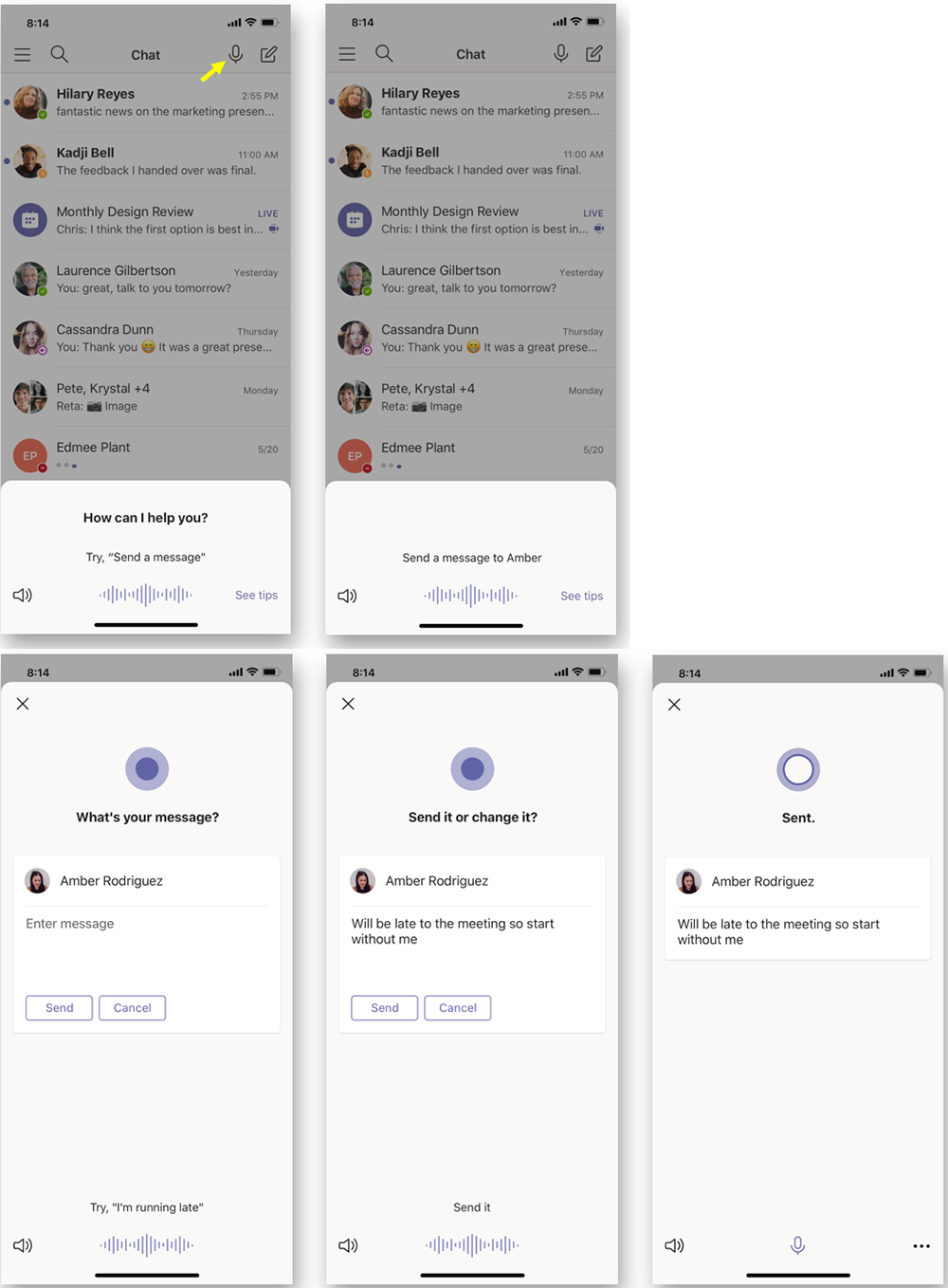 The feature will be enabled by default for tenants but can be turned off via TeamsCortanaPolicy.

If steps have been taken to disable Cortana, we will honor those settings.

You might want to notify your users about this new capability and update your training and documentation as appropriate.

Visit Cortana voice assistance in Teams to turn off Cortana for users.