We are adding a new Microsoft Teams report to the Microsoft 365 admin center usage reports section.

This message is associated with Microsoft 365 Roadmap ID 70552.

When this will happen

We will begin roll in late February (previously late January) and expect it to be complete in early March (previously early February). 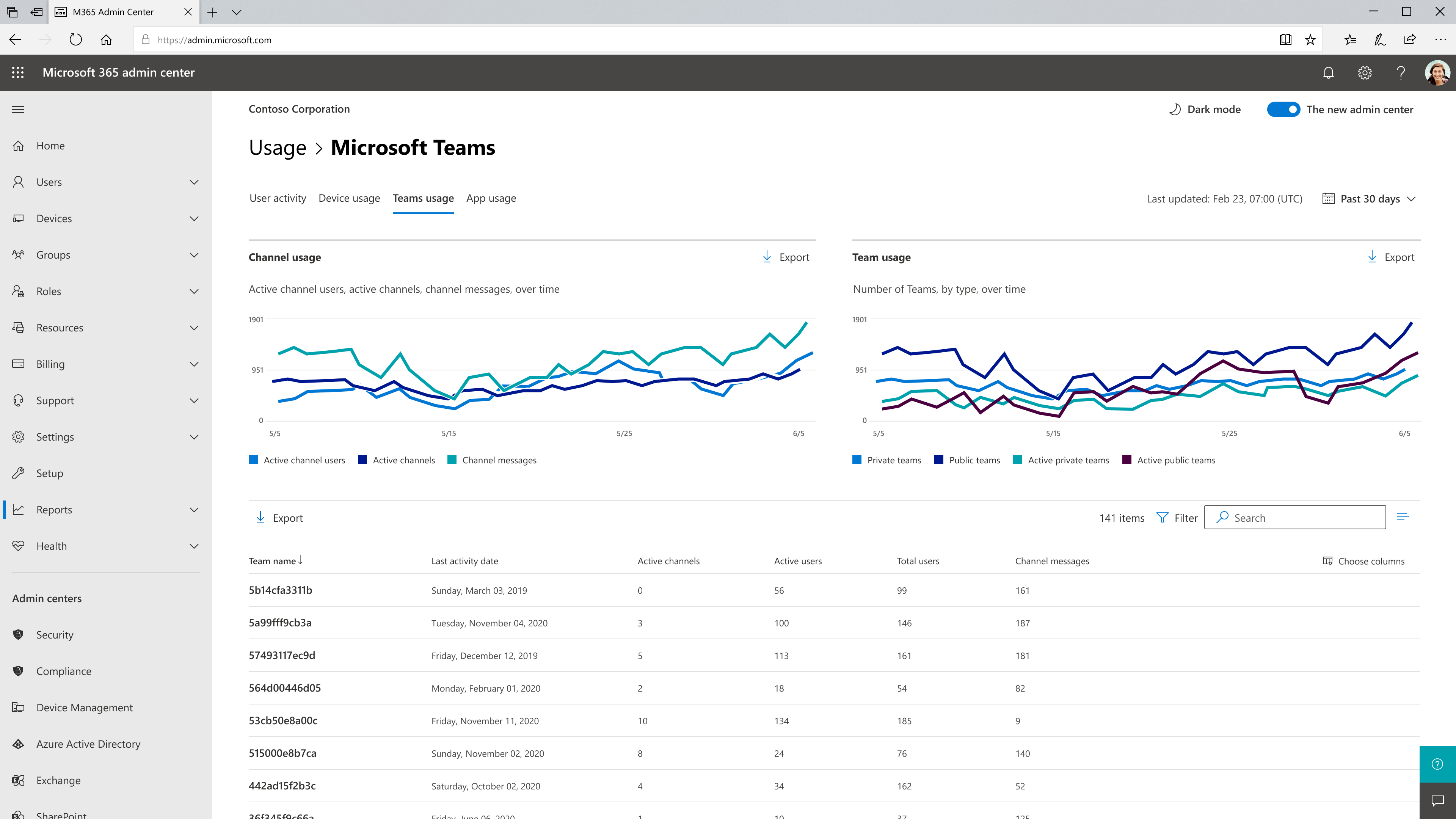