This message is associated with Microsoft 365 Roadmap ID 82057.

Targeted release (entire org): will begin rolling this out in early August and expect to complete rollout early September.

Standard release: will begin rolling this out in late August and expect to complete rollout late September.

For Teams meeting recordings saved to OneDrive and SharePoint that were recorded with Teams Live Transcript, you’ll now be able to view the transcript from that meeting directly in the transcript pane next to the video player.

Upon reviewing the meeting recording, the user clicks the transcript button on top right of the video 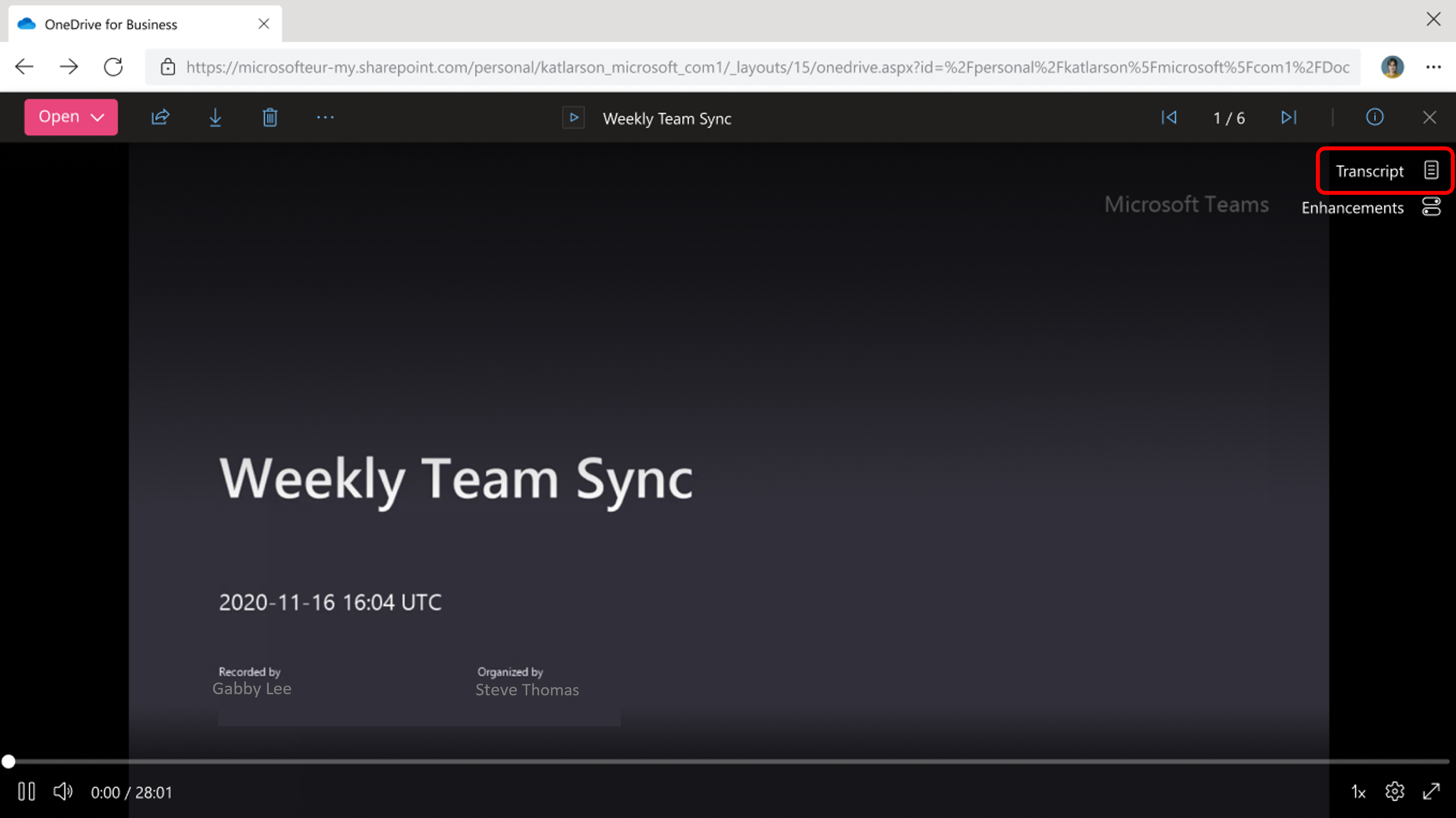 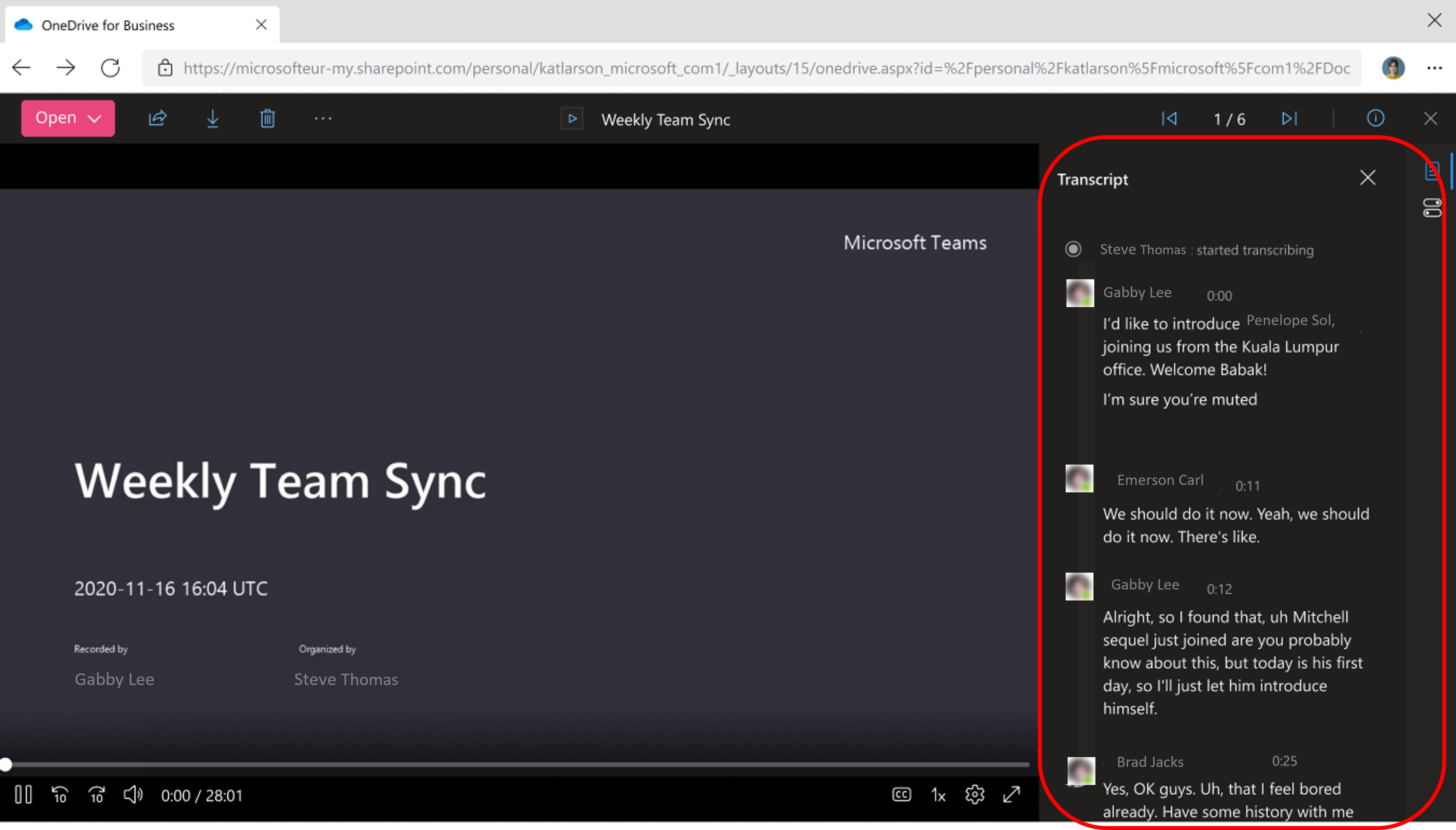 View image in new tabWhat you need to do to prepare:

You might want to notify your users about this new capability and update your training and documentation as appropriate. Please note some users will see this feature before others in your organization.