This message is associated with Microsoft 365 Roadmap ID 105014

Preview: We will begin rollout in early-December and expect to complete rollout by mid December.

Standard Release: We will begin rollout in mid-January and expect to complete rollout by end January.

Government Clouds: We will begin rolling out in early March and expect to complete rollout by mid-March.

When rooms are opened, co-organizers will be treated like organizers with regards to the ability to join and move freely between Breakout Rooms. 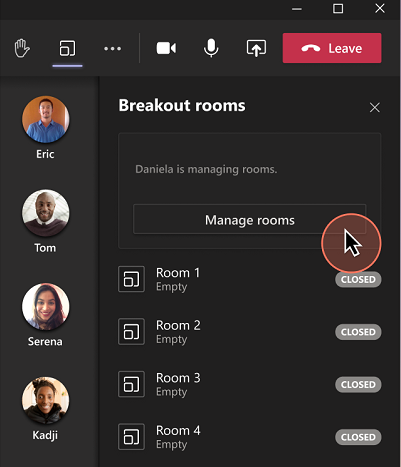 Note: co-organizers won’t be able to pre-create Rooms and pre-assign participants ahead of meeting start. Breakout Room Creation/Management will only be possible during live meeting for co-organizers.

No preparation is needed. You may want to update your training materials indicating that the co-organizer role is now supported for managing Breakout Rooms.